Nigel Hyde, Chair of the Board 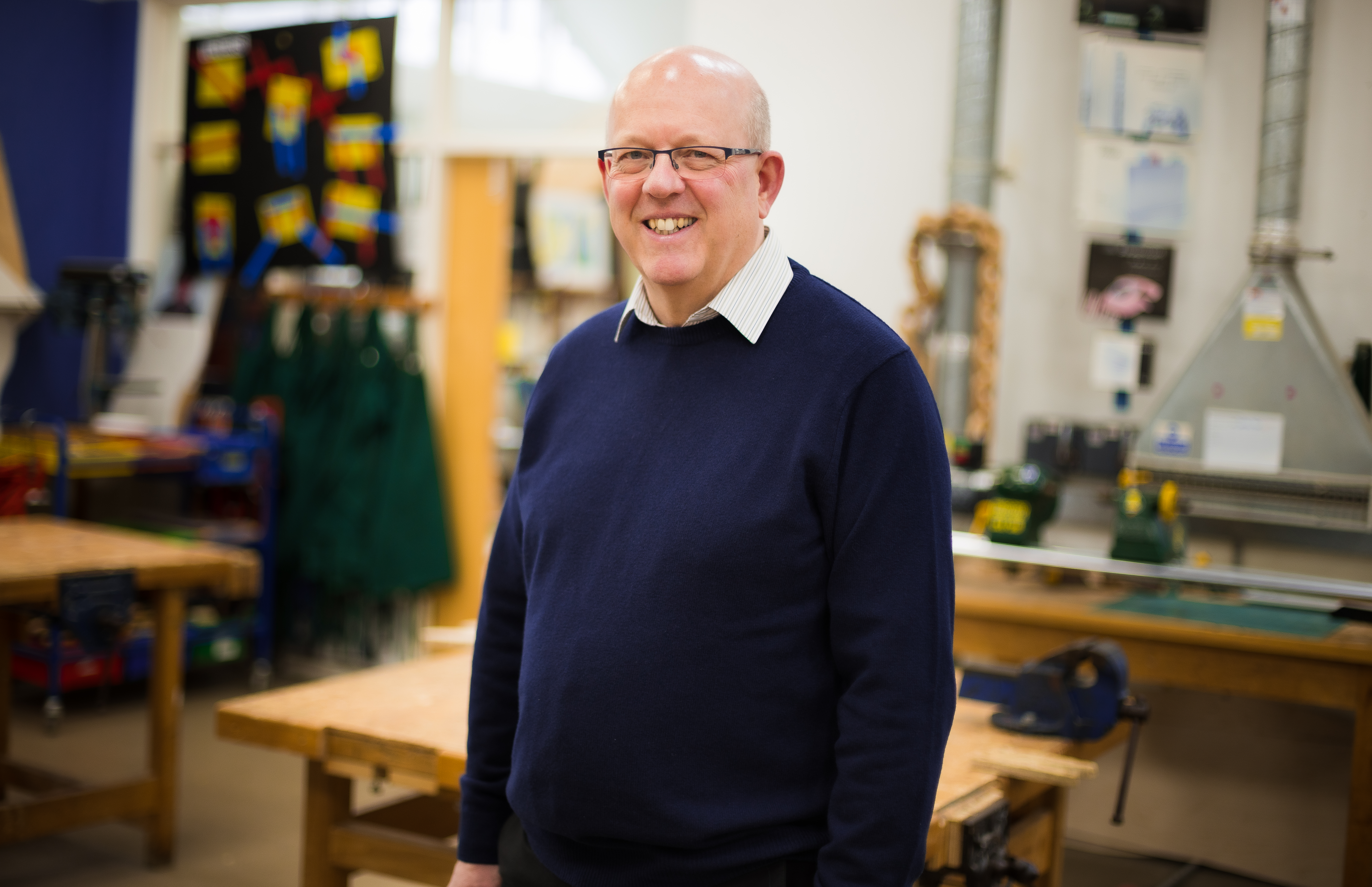 Nigel is a retired Police Officer, having worked for Devon and Cornwall Police for 30 years. Nigel’s role involved working with young people who were at risk of, or who had, offended. In October 2014 Nigel joined the safeguarding team at Wave Multi-Academy Trust where he holds the position of Family Support Manager at Glyn House in Truro. He is also the Deputy Safeguarding Lead and part of the senior management team.

Nigel was delighted to be able to become a Trustee of the MAT post retirement from the police force. Nigel brings a wealth of safeguarding knowledge and experience to the role. He is the Trust’s safeguarding trustee, monitors Behaviour and Attitudes and Personal Development and is Vice Chair of the Board.

Nigel was born in Exeter, but moved to Cornwall when he was young. He went to school in Truro and has since lived in the local area. Nigel has 3 children and in his spare time enjoys reading, listening to music, travel and walking the lovely Cornish coastal footpath with his wife.

Morag Cunningham, Vice Chair of the Board 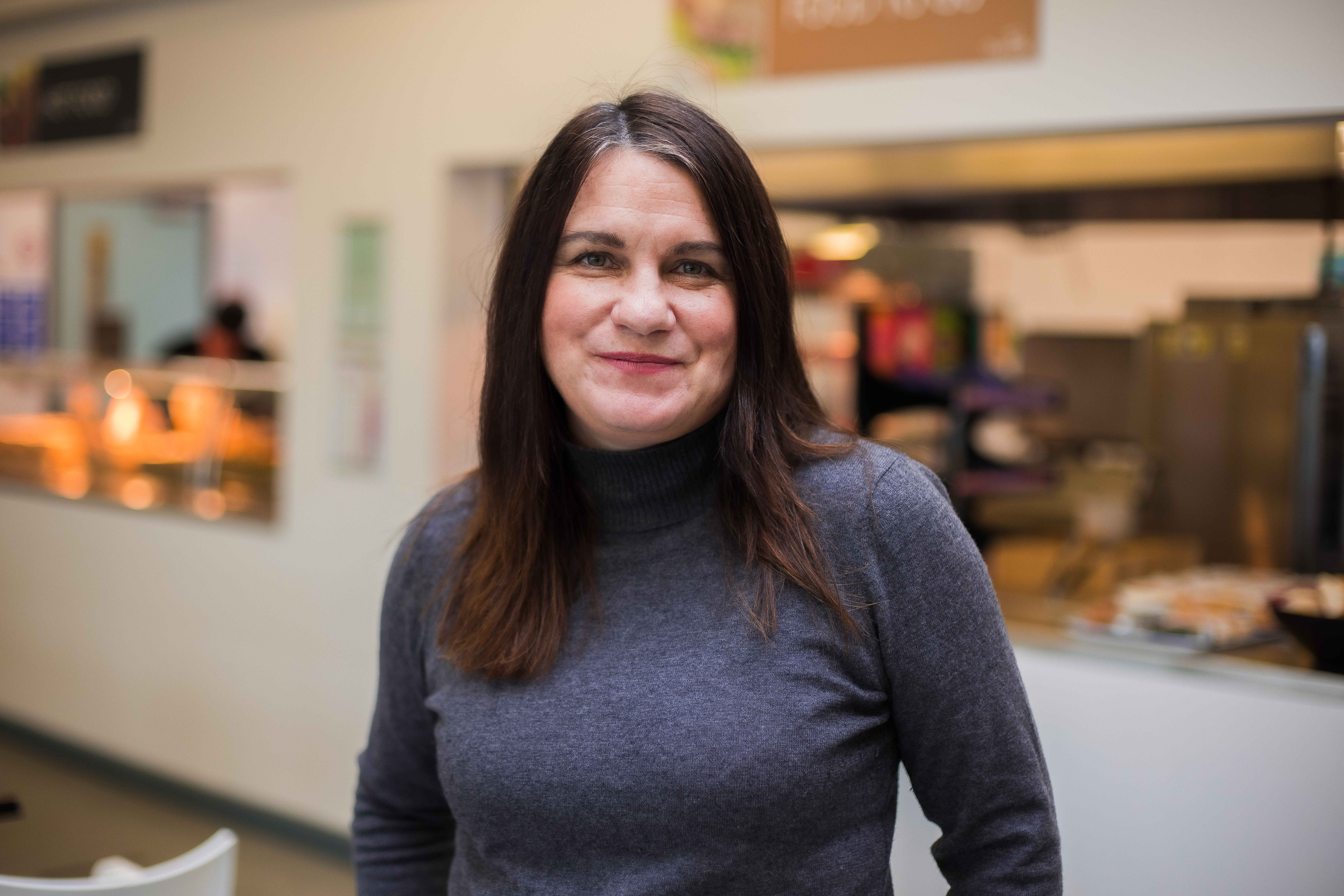 Morag grew up in Auckland, New Zealand, before moving to Christchurch, and gaining a Bachelor of Fine Art from the University of Canterbury. After embarking on the big ‘overseas experience’ to the UK, she settled in London for 10 years and held various marketing and account management roles within multi-national accountancy and consulting companies.

Morag brings her business experience to the Board and ensures that the Trust continues to constantly strive for improvement. As a Parent Trustee, Morag’s interest lies in ensuring high standards and opportunities for all, with a particular focus on Quality of Education.

Morag lives in the local community and has two sons who attend Tregony Community Primary School and The Roseland Academy.

Chris is a graduate of Portsmouth University, with a BSc honours degree in Geography. His teaching career started in Plymouth, at Hele’s School where he worked for 5 years, becoming a Deputy Head of Year.

Chris moved back to Cornwall and has undertaken a variety of roles, including head of departments, Assistant Principal focusing on Transition, Designated Safeguard Lead, and Deputy Principal, leading on Teaching and Learning, which is still his passion. He joined The Roseland Academy in September 2015 as Assistant Headteacher, moving to the position of Headteacher and Executive Headteacher of The Roseland Multi-Academy Trust in July 2016 prior to becoming Chief Executive Officer in January 2021.

Chris was born in St Austell and attended Poltair School and St Austell Sixth Form College. He lives in St Austell with his wife and two children. He loves to travel with his family during their holidays and has a passion for the sea and mountain bikes. You may find him running or reading, if he gets the opportunity. 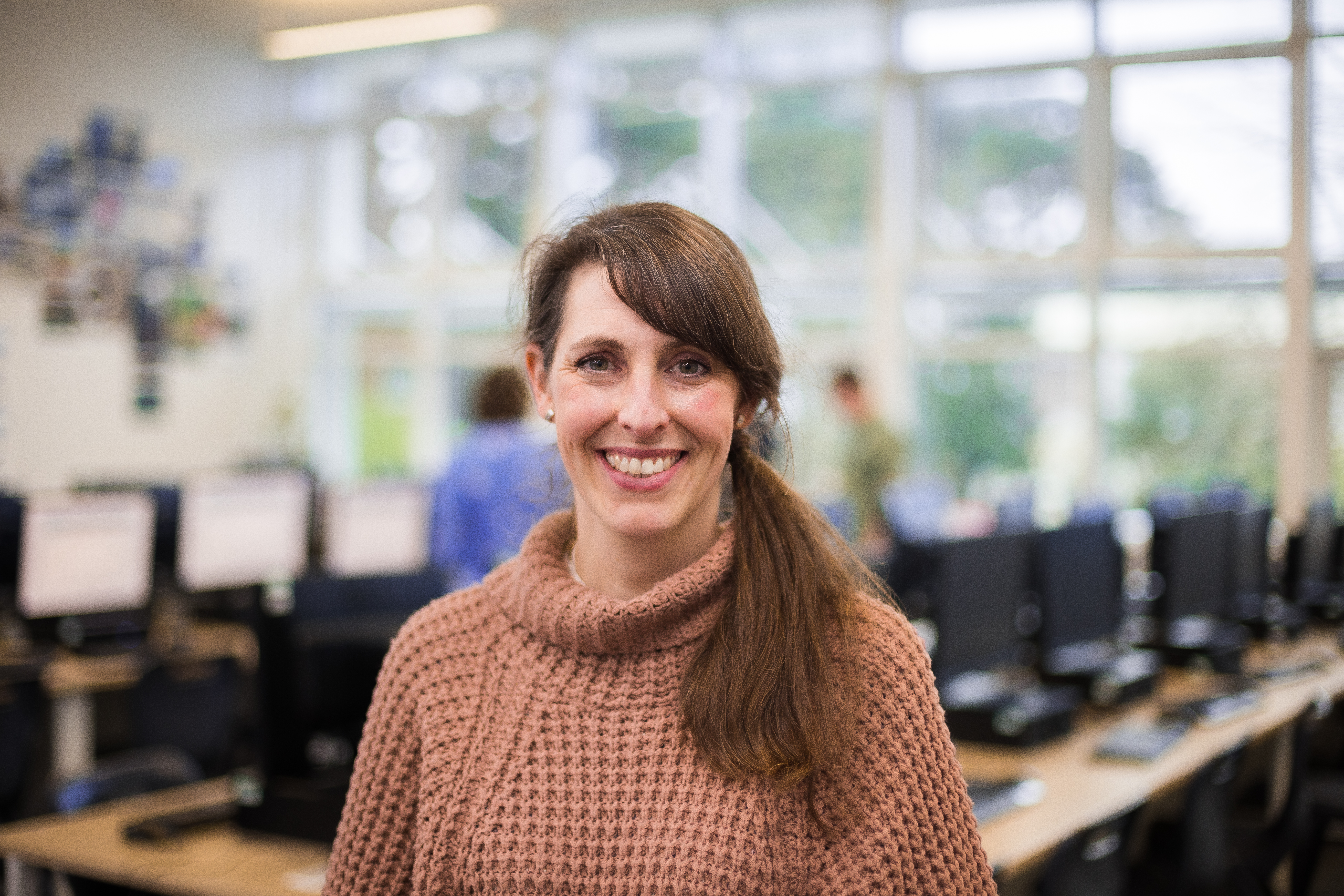 Caroline’s career started in the public sector locally, before moving to London where she worked for a national property consultancy and fine-tuned her business processing skills.

Caroline returned to Cornwall and completed a degree in Combined Social Sciences.  She has spent the past 10 years working locally for several businesses in the private sector before recently launching her own business consultancy service.  These roles have been at senior management level, focusing on process, efficiency and quality as well as other business systems. In particular, Caroline has experience of project management, creation and implementation of in-house induction and training programmes, ensuring compliance along with strategic key performance indicators.

Caroline grew up locally and attended The Roseland Academy. Caroline’s area of focus for the Board is Quality of Education. 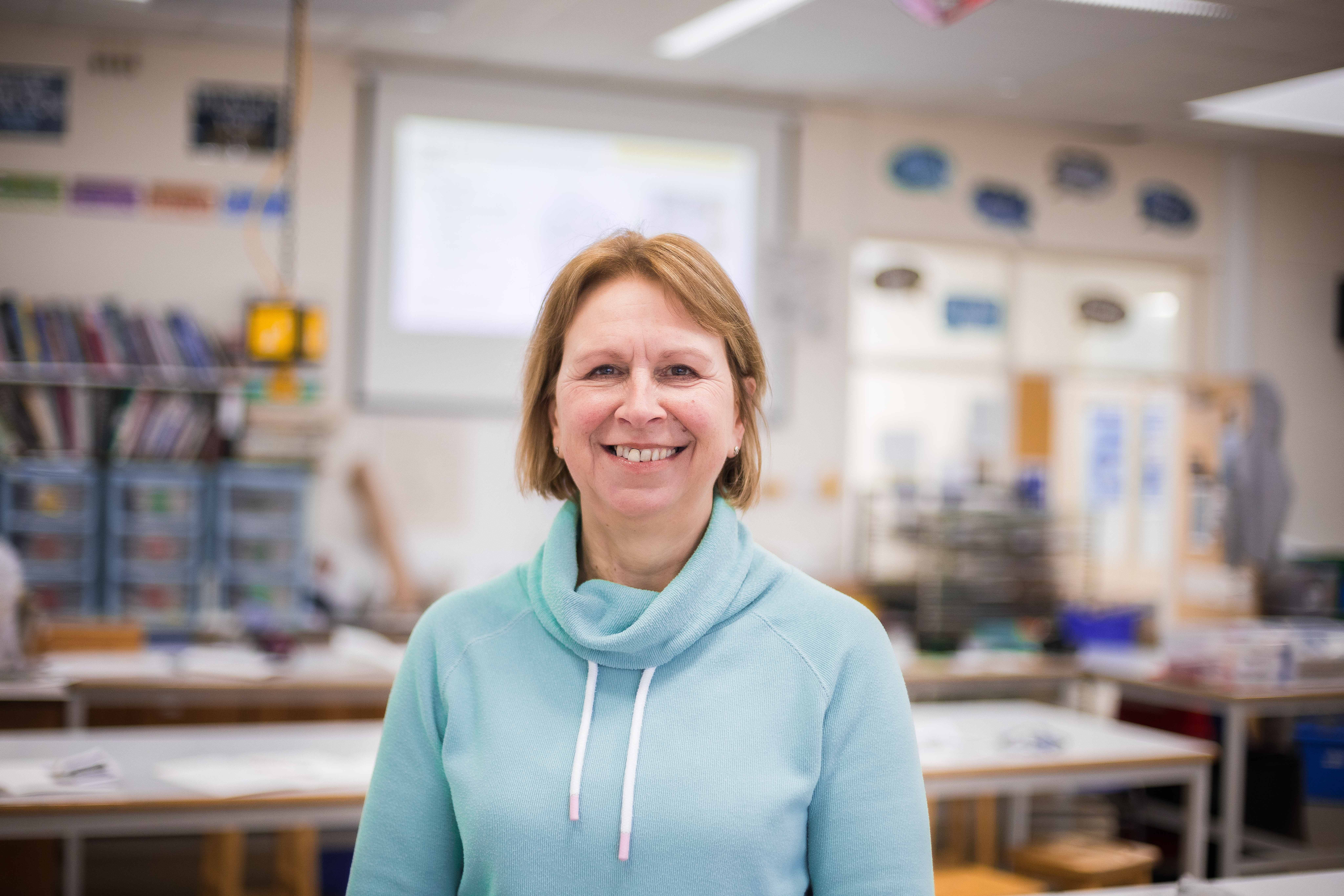 Marian has more than 20 years experience of human resources and training within the corporate, charity and education sectors. Until her move to Cornwall in 2016, Marian was the Director of HR at a residential school specialising in education and care for young people with autism and significant learning difficulties.

As a member of the Executive Leadership Team, Marian was responsible for all human resource matters, including recruitment and development of around 500 staff. She worked with the CEO and Trust Board developing and implementing the organisational strategy and business plans whilst ensuring that budgets were managed effectively. She was a Designated Safeguarding Lead and provided safeguarding training.

Marian is passionate about high quality education and individualised learning, to ensure that all young people have opportunities to develop their full potential. Marian has many varied interests, including theatre, walking, baking, yoga, crafting, spending time with her family. 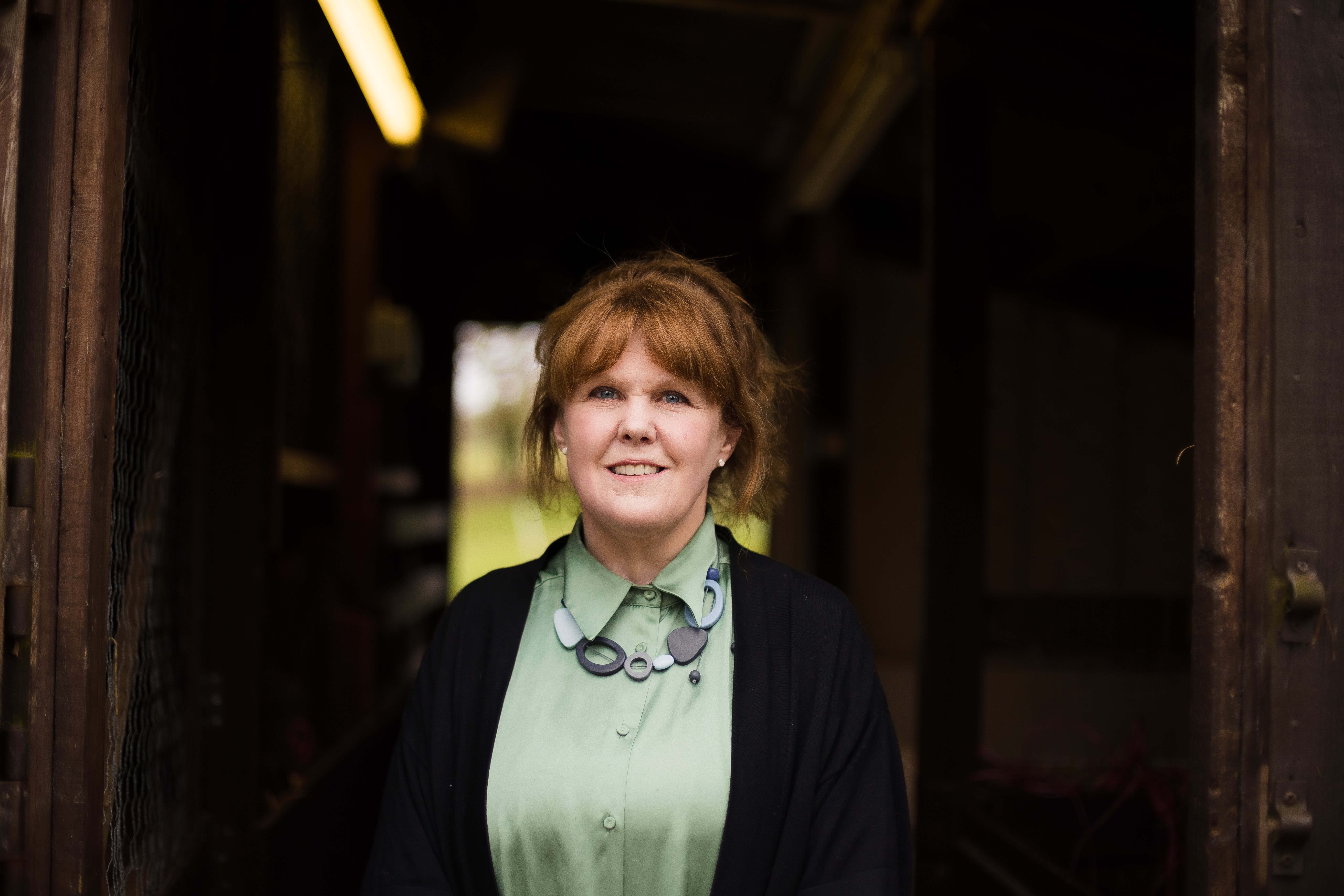 Lisa graduated from Keele University with a BSc Hons degree in Biology and Psychology after which she completed a PGCE at The College of St Mark and St John in Plymouth.

Lisa’s first primary teaching role was at St Teath Primary School before moving to Tregolls School in Truro at which she became Assistant Headteacher. From Tregolls, Lisa took up her first Headship at Ladock Church of England School where she stayed for 11 years. Whilst undertaking the Headship at Ladock, Lisa became Executive Headteacher of both Ladock and Veryan Primary Schools before taking on a role which involved overseeing five Church of England primary schools within the Celtic Cross Education MAT. Following a serious accident, Lisa took early retirement from her Headship career but has remained committed to education through her role as Chair of Trustees for the Special Partnership Trust and as Trustee for The Roseland MAT.

Lisa was born in Truro but grew up in Devon and Somerset before moving back to Cornwall after graduating. She has two children who attend Ladock Church of England School. Lisa is a horse enthusiast and registered para dressage rider. 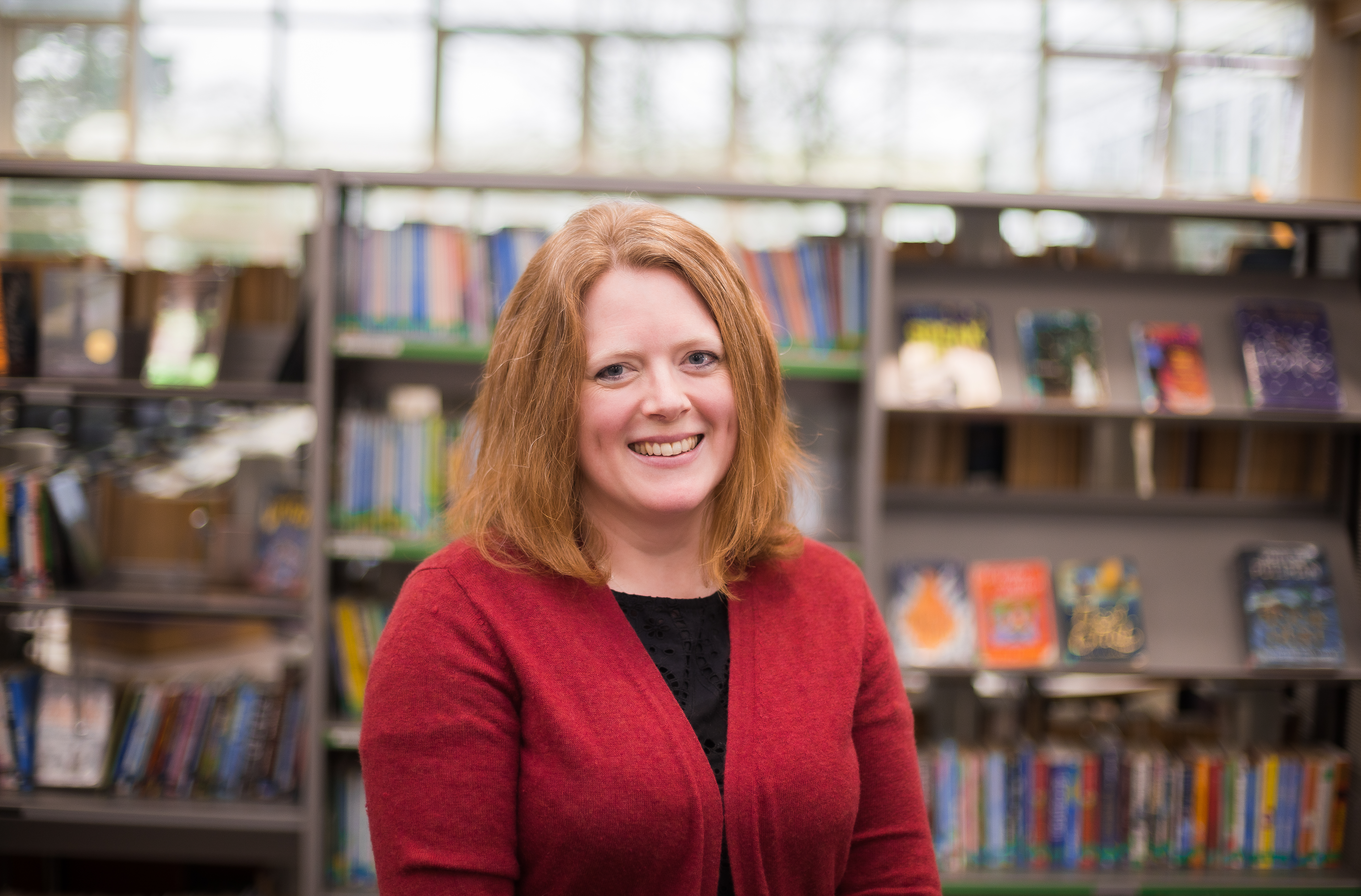 Kate is a senior solicitor, specialising in employment law. She acts for large national and multinational businesses, as well as for schools in both the state and independent sectors, and for public bodies. She provides commercial HR and high-level technical employment law advice, as well as defending employers in complex employment tribunal proceedings. She is based in the Bristol office of a multi-office UK law firm and works remotely from Cornwall most of the time.

Before training as a lawyer, Kate graduated in Music from Durham University, going on to gain a postgraduate diploma in Broadcast Television Production at Falmouth College of Arts. Kate worked in television production for several years; on a daily live show for the Disney Channel UK, and live classical music television programming for the BBC, largely on the BBC Proms. Kate still works as a freelance Script Supervisor on classical music events, most recently on the live stream of the London Symphony Orchestras BMW Classics concert, from Trafalgar Square.

Kate runs a not-for-profit classical concert series for families with young children in Cornwall, who may otherwise struggle to hear high quality live music. Kate enjoys spending time with her young family and their rescue dog, making the most of the wonderful countryside that Cornwall has to offer.

For the past 24 years Paul has worked as a Site Manager for a large house building company across Devon and Cornwall, working on speculative and social housing developments.

Paul was a governor at Tregony Community Primary School for 17 years, including as Chair.  He has seen many changes to the educational landscape over this time and is understanding of the current challenges which schools face.  As well as his Chair position, Paul monitors health and safety across the MAT.

Paul is originally from Merseyside, but has lived in Tregony for the past 35 years with all his children attending Tregony Community Primary School and The Roseland Academy.  Paul likes to spend time outdoors, sailing or windsurfing and has travelled all over the UK and Europe with his children who have been part of the RYA windsurfing squads sailing for GBR.

Graham spent much of his working life in the Hotel and Catering sector, focusing on re-establishing businesses in crisis.  For the past 25 years Graham has been a Business Mentor, working closely with Cornwall based SMEs.  He has enabled many local companies by sourcing funding and mentoring them through start up.

Graham lives locally and is involved in several community projects and charities.  He brings a wealth of commercial business experience to the MAT which enables him to support the Leadership and Management of the Trust.

All Trustees and Members can be contacted by using the details provided on the contacts page of each individual school’s website, or by emailing the Company Secretary,  Mrs Laura Keam.